Why You Should Never Ignore A Check Engine Light

From time to time, you might see a check engine light pop up on your vehicle's display. While this may not seem alarming to you at first, especially if it tends to happen intermittently, it's not something that should be ignored. At the very least, you should take your car to a mechanic's shop or dealership to get the check engine light checked out when it turns on, because it could be a sign of an underlying problem that could spell serious trouble for your car later on down the road, including:

In states where you have to take your car through emissions every few years, check engine lights may cause you to fail the inspection. Why? Because when the check engine light is on, it gives off codes that can be read with a special scanner. When this scanner is connected to the vehicle, it indicates what sort of major problems are prevalent in the car. If the problem will affect the emissions of your car, you might fail the inspection. The mere presence of the light may even cause a failure in some states, so it's a good idea to get the light checked out before you try to go through emissions.

In some cases, a check engine light can cause your car to fail to start in the first place. You might try to start you car and it won't turn over, or you can get it started but it will die a few seconds later. This is usually due to a faulty camshaft sensor, which will cause the check engine light to come on, but there can be other problems as well. If your car fails to start, you may have to pay to tow it to a mechanic's shop to get the codes read so you can see why the check engine light is on and how to make the problem go away.

Check engine lights are no laughing matter. If the one on your car comes on, get it checked out as soon as you notice it. Failure to do so could result in catastrophe. For more information, speak with experts like the American Transmission Center. 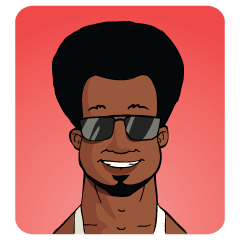 Hello, I'm Deidre Joules. Welcome to my site about automotive restoration. I like to use junkyard parts to breathe new life into tired vehicles. While browsing classified ads, I always find rare vehicles just begging for another chance on the road. I bring them home on the tow truck and begin the inspection process to determine what's needed to create a running, driving vehicle. At that point, I can go to the local junkyards to pull the parts I need for the restoration process. I always test the used parts at home before performing the install. I will discuss the process of sourcing, pulling, testing and installing these parts on this website. I will also explore the benefits of restoring vehicles by using used parts from the wrecking yards. Please come by anytime to read my musings.